The Top Team in the Patriot League the Last Three Years 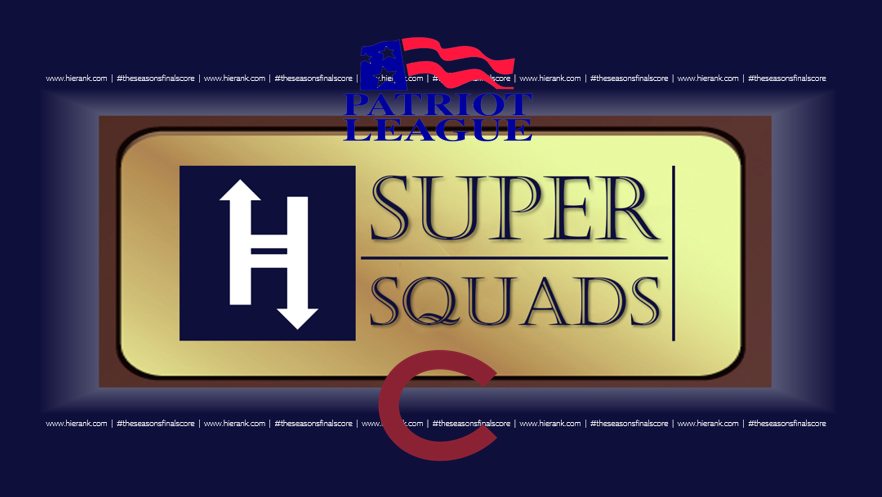 This is the fourth post in our 24-part #SuperSquad series, recognizing the best programs in every single Division I FBS & FCS Conference over the last three years, as well as the upperclassmen & staff who’ve anchored them.

Congratulations to the Colgate Raiders for having the best football program in the Patriot League, the last three years!

Before getting deeper into our winners’ accolades, let’s count down the conference runners-up, from worst-to-first:

Not much to say about the Bison. Winning less than a third of their games and never finishing above #220 leaves them as the least super of all the squads in the Patriot League.

While generally stronger than Bucknell, the Leopards only managed one non-conference win over this entire period, in the 2018 season. This speaks to the relative-weakness of the Patriot League against other FCS conferences.

Unlike the others so far, Fordham’s most recent season was their best that we analyzed. Will the Rams move up on our 2021 list?

Despite sharing a Patriot League championship in 2017, the Mountain Hawks were never able to manage a winning season record. Their best finish that year, at #183, and #212 overall ranking leaves much to be desired for this third-place finisher.

Holy Cross is the first of only two Patriot League squads on this list to even have a winning conference record over the 2017-2019 period. Second on the list wasn’t enough to boast a winning record overall though, finishing the three years an unimpressive 16-19. On the upside, this squad improved its ranking and power every single year over the three!

Colgate went 6-0 in the conference in 2018 before upsetting a perpetually-dominant James Madison squad in the first round of playoffs, only to lose the following week to the eventual FCS National Champion, North Dakota State.

That successful 2018 season, plus a shared conference title with a weaker Lehigh squad in 2017, earns them the top spot on this list and our highest position to date.

The Raiders followed up both of these years with a less-impressive 4-8 run in 2019, but still managed to go .500 in the conference. If they are not vigilant this fall, a better-trending Holy Cross team may steal this position next year.

Congratulations to Colgate’s coaches, staff, administrators, all players, and especially the 39 young men present on the roster all three years!