The Top Team in the Northeast Conference the Last Three Years 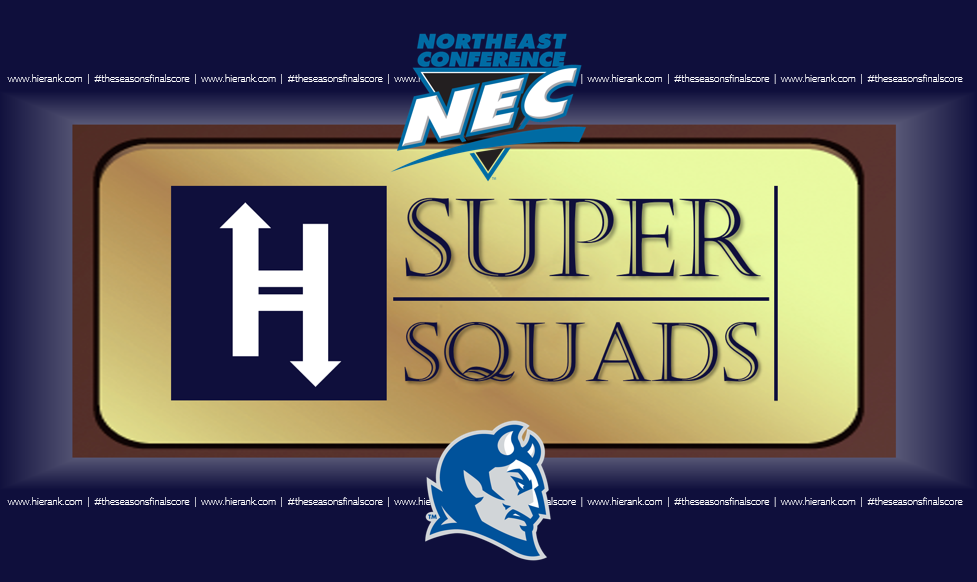 This is the first post in our 24-part #SuperSquad series recognizing the best teams in every single Division I FBS & FCS Conference over the last three years, and the coaches & upper-classmen who make up those squads.

Before getting deeper into their accolades though, let’s count down the conference runners-up, from worst-to-first:

Going 2-9 and winless in the NEC two years in a row from 2017 through 2018 really hurt the Colonials on this list. But with a 7-5 finish last year and only one loss within the conference hopefully they’ll be moving up soon!

With their best season (not great at that) in 2017, and going 1-11 last year, Wagner has the look of a downward-trajectory program with a tough outlook for 2020.

As we reach the middle-of-the road in the weakest-showing FCS Conference, we finally run into our second-and-third winning seasons, both with Bryant at a mediocre 6-5. The Bulldogs then went 4-8 last year, finishing this tenure with much to be desired, but no great humiliations over the three year span.

Despite zero winning seasons and slightly-worse overall & conference records than the Bulldogs behind them, the Red Flash managed to rank ahead of Bryant in overall power at the end of every single season.
In 2017 and 2019 they cleared #172 & #177, both ahead of Bryant’s best showing, in 2017 at #194.

We finally reach our first conference champion on the list! Sacred heart had 7 losses in the first of these three seasons, but 7 wins each season after that, sharing the Conference Championship with Duquesne in the 2018-19 Season, each at 5-1 in the NEC, despite Duquesne having two more outside wins, at 9-4 Overall.

With two NEC Championships, and only two conferences losses in the entire period – it’s fair to say that the Central Connecticut Blue Devils have DOMINATED the FCS Northeast Conference since Fall of 2017.

Congratulations to the Blue Devils’ coaches, staff, administrators, all players, and especially the 42 young men present on the roster all three years.