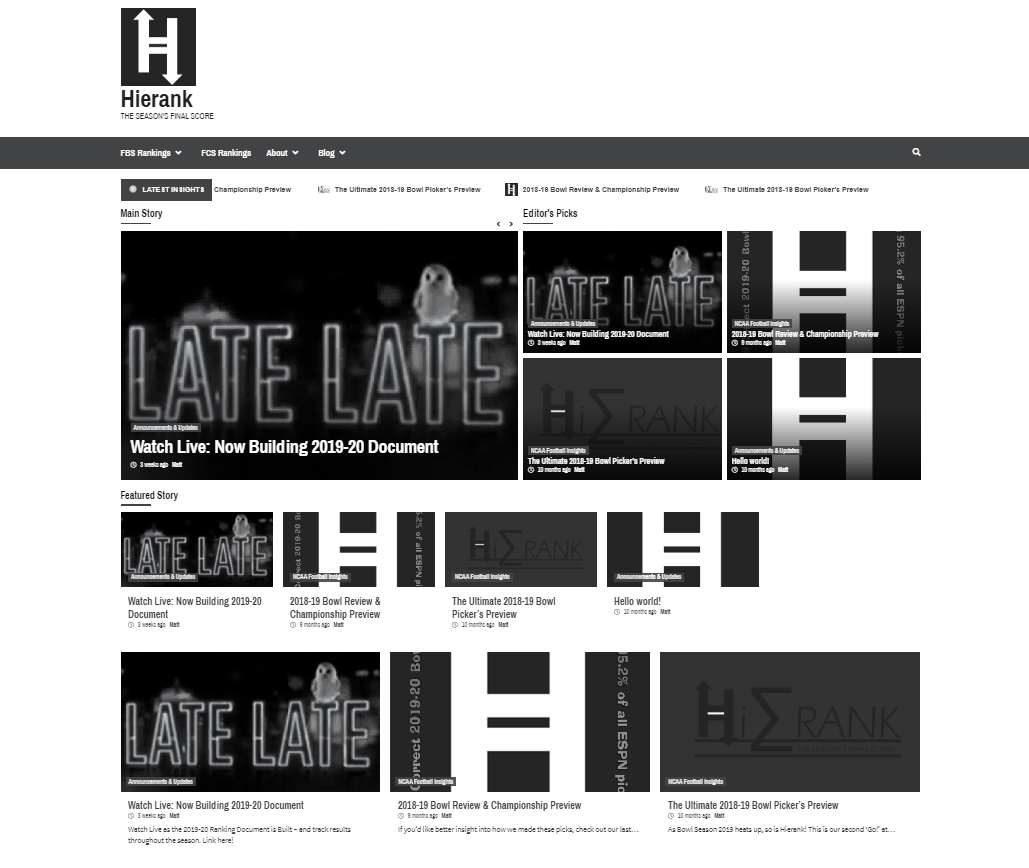 My original intent was to take an algorithm that was already coded into a Google Sheets document, find some talented whiz & maybe a little bit of seed money, have the whole thing nerded into workable API-fed web database in a few months, and Wham! Bam! suddenly Hierank is an ever-growing proprietary content engine guided by yours truly & a few savvy directors, virtually running itself in perpetuity.

But reality has a great way of reminding folks that big things are hard to do; and expensive…mostly expensive.

Even with my team of talented co-creators, it’s increasingly clear that the degree of capital and/or talent that will be required to pull off the next-level-experience that I’ve promised will take some time for us to build up.

While not a rich dynamic web database yet for the 2019-20 Season, Hierank is very much ready to provide The Season’s Final Score come January, as well as original takes & valuable rankings/insights each week along the way.

But excitedly, along with realizing that “coding is hard,” and “investors don’t fall from Cessnas,” it became clear we should update the place a bit too.

So rather than ‘Hey read all my documents about what this will be someday,’ I’ve decided to adopt the look of ‘Hey see all this cool sh*t?’.

I hope you enjoy it.

And since production roadblocks have slowed down my contact with teammates, much of this is happening without their direct affirmations. (Hey guys!) They all know who they are (J., V., E., & B.) and I look forward to introducing you to each of them in time!

Thanks for hanging; this was supposed to be a short post. Whatever.