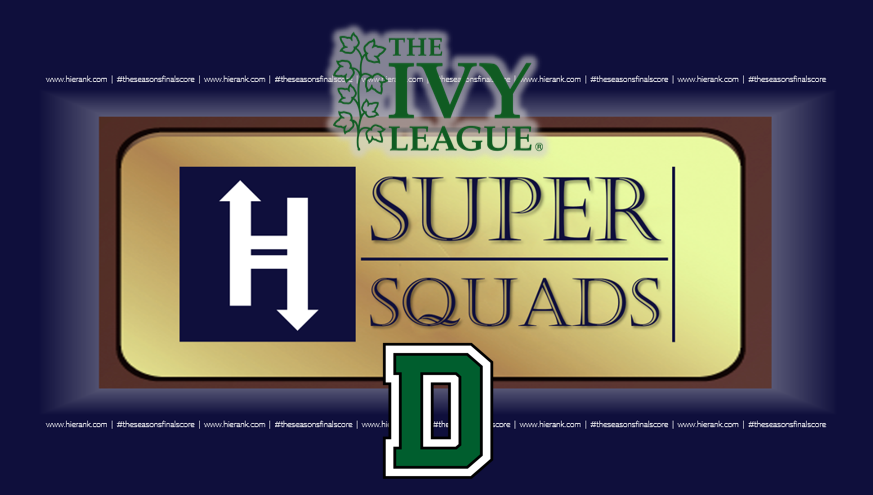 This is the thirteenth post in our 24-part Super Squad Series, recognizing the best programs over the last three years in every single Division I FBS & FCS Conference, as well as the upperclassmen & staff who’ve anchored them.

Before getting deeper into our winners’ accolades, these are our conference runners-up, from worst-to-first:

Just edging out Princeton with our tightest title to-date, congratulations Dartmouth College, and all Big Green coaches, staff, administrators, players, and especially the 48 young men present on the roster all three years that earned them this title!