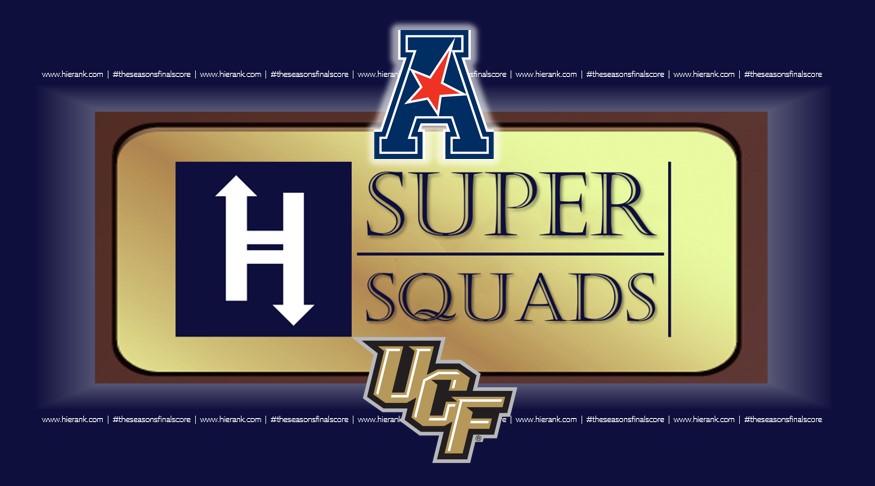 This is the seventeenth post in our 24-part Super Squad Series, recognizing the best programs over the last three years in every single Division I FBS & FCS Conference, as well as the upperclassmen & staff who’ve anchored them.

After dipping into the FCS for a week to celebrate James Madison’s CAA dominance, we’re back up with the big dawgs…or big Knights if we’re being literal.

The UCF Knights have virtually-owned the American Athletic Conference since its 2013 inception (formerly the Big East), with hands in four of seven existing titles, and winning two of the last three.

Before getting too caught-up in their accolades, these are the runners-up, from worst-to-first:

The City of Tulsa has been in the news a lot this week. Significant events there that happened 99 years ago this month didn’t make it into my own history book, likely yours neither, aren’t football related, and undoubtedly still affect us all.

If you’re reading here, take 9 minutes to understand the history of Tulsa’s Greenwood District after this.

There’s no disputing this winner. At 35-4, the Knights have a better Win-Loss record than any Super Squad we’ve awarded thus far, most-notably going a perfect 13-0 in 2017, beating an Auburn team who had two-games-earlier just knocked off that year’s eventual National Champion, Alabama.

UCF’s rise and recent dominance has made them a formidable force who has even held the esteemed bragging rights as Florida’s top program for a good portion of recent years, above the entire legacy triumvirate of Miami–Florida–FSU and their cross-state conference rival, USF.

Congratulations all Knights coaches, staff, administrators, players, and especially the 46 young men present on the roster all three years to earn this title!